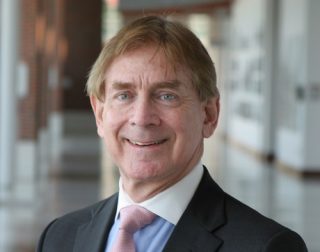 Mr. Davenport focuses his practice on mergers and acquisitions, general corporate representation and estate planning.  He has represented both buyers and sellers in transactions valued from under $500,000 up to several hundred million dollars.  He also advises numerous businesses on various corporate matters and has particular expertise representing service providers and investors in the health care and life sciences industry, from medical practices to clinical research organizations.   Although he has spent most of his professional career with the firm, he served as general counsel of Pharmaceutical Product Development, Inc. (PPD), a clinical research organization, from 1996 until 2001, and as president of PPD from 2002 through 2006.

In addition to his legal practice, Mr. Davenport also serves on the board of directors and as lead director of Medpace Holdings, Inc. (Nasdaq: medp), a clinical research organization headquartered in Cincinnati. He has served on numerous community and non-profit boards and has also served on the faculty of the Cameron School of Business as a tenured professor, during which time he published several peer-reviewed journal articles.